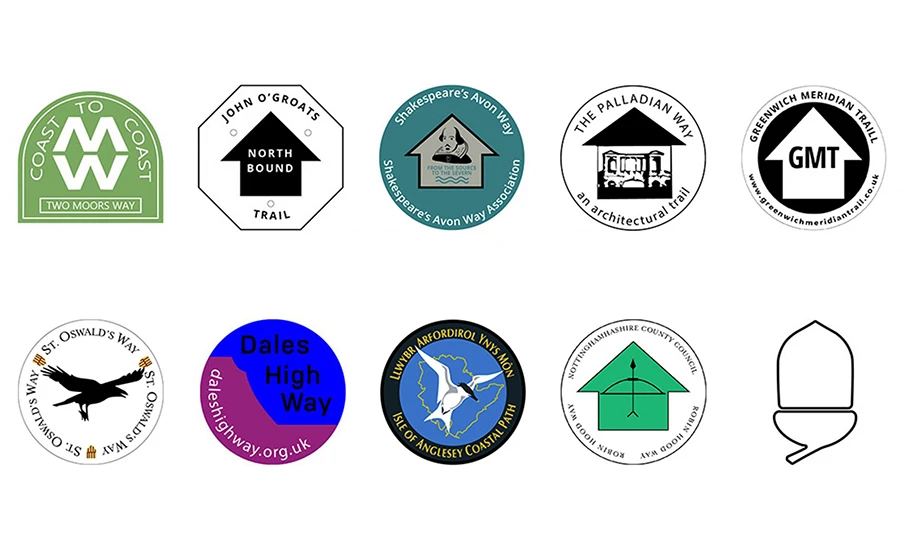 Have you ever thought about taking a really, really long walk? Perhaps you have read up on famous explorers and romanticised about following in their footsteps. Do you want to get out and explore more of the world that we live in?

A walk in the countryside along a country lane or even a walk into town all provide a great opportunity to improve our health and mental well-being. It also allows us to explore more of our local surroundings. These walks, however, will likely bring us home at the end of the day where we can sit back and relax.

You may not think it but a long-distance walk is so much different. Firstly it requires many skills. You need to organise and plan your days – will there be public transport in case you have to abandon your trip? Where will you be staying? How will you get back? You need a certain degree of physical and mental fitness to carry on through each day. You also need to be able to navigate.

Secondly, due to the nature of a long-distance walk, you get to witness the changing landscapes and wildlife along the terrain you cross. Visiting each settlement offers the chance to find out information about local history.

Imagine this – you have prepped your kit, laced up your boots, and you are about to step out of the door and head off in the direction of some far off location venturing to somewhere that you have never seen before.

Now, we will take a look at some of the unique lesser-known best long distance walks from around the UK to give you the chance to get out there and create your own adventure. 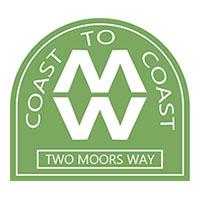 A slightly biased choice since I live in Devon. However, there is no better vway to embrace the true beauty of the Devonshire countryside (and briefly Somerset) than by tackling the Two Moors Way. As the route passes through three main areas and the breadth of the county, there is such a varied landscape to enjoy.

Starting in the town of Ivybridge, South Devon, located at the very edge of Dartmoor National Park, the trail will take you over the hauntingly, barren moorland of Dartmoor. The trail then follows through the rarely visited rural mid-Devon countryside. The final section of this trail takes you over another National Park, Exmoor, to arrive at the coastal resort of Lynmouth situated on the North Devon Coast and surrounded by high jagged cliff faces.

The route is waymarked with the first letters of the name, MW.

More information on walking the Two Moors Way can be found by visiting
www.twomoorsway.org. 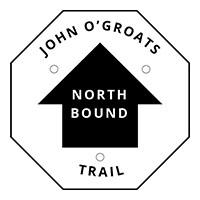 The John O’Groats Trail is a fairly new route. Although it is walkable, it remains a work-in-progress. It is perhaps more suited to the more adventurous and fitter individual as you will encounter a number of obstacles to tackle such as barbed wire, fences, and stream fording. The trail can also become extremely overgrown in parts during July-September and you will even encounter boulder scrambling in places. However, with the help of volunteers, plans are in place to bring it up to a national trail standard.

The route is meant to be used by long-distance walkers heading north from Lands’ End. The start point is Inverness – the route then follows up along the eastern coast of Scotland to the most northern point of mainland Britain, John O’Groats. It certainly makes for a pretty amazing coastal walk with striking views of jagged cliff faces and the North Sea. Currently, only about half of the route has been waymarked with a black directional arrow labelled with John ‘O Groats.

More information on the John O’Groats Trail can be found by visiting
www.jogt.org.uk 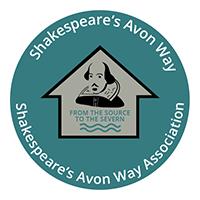 Follow in the steps of William Shakespeare. Opened in 2006, the Shakespeare’s Way provides a wonderful cross-country route across the centre of the UK. Using existing footpaths, minor roads and bridleways, the route closely traces the path that the legendary writer, William Shakespeare, may have taken himself when travelling between his home in Stratford to where he acted and wrote his plays at London’s Globe Theatre.

Starting in his home town of Stratford-upon Avon, Warwickshire, the trail leads through some of Britain’s most best loved tourist destinations. From the Cotswolds, with its honey-coloured, stone villages to the world heritage site of Blenheim palace, Oxford. It also takes in the Grand Union Canal that runs between London and Birmingham. The final leg of this route is alongside the Thames and follows the river all the way into central London before arriving at Shakespeare’s Globe. The route is waymarked with a picture of William Shakespeare’s bust.

More information on walking the Shakespeare’s Way Trail can be found by visiting
www.shakespearesway.org 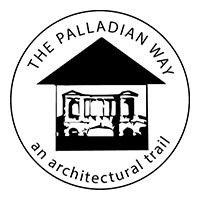 If you are keen on historic buildings, this long-distance trail is an architectural delight. This route is named after Andrea Palladio, a seventeenth-century Italian architect influenced by Roman and Greek style architecture. As a result, this trail encompasses many buildings that were built with the influence of Palladio.

This walk passes through Buckinghamshire, Oxfordshire, Wiltshire, and Gloucestershire. Starting at the historic Old Gaol in Buckinghamshire, the path crosses through Stowe Landscape Gardens and its famous Palladian Bridge. This bridge is used as the image on the waymarker that provides direction for this route.

The trail then leads onwards through attractive market towns and over the historic grounds of Blenheim Palace. Once over the M4, the scenery takes on a different backdrop and becomes one of wooded valleys and hillside passes. The final stretch brings you initially above the skyline of Bath where you will descend and follow the remaining leg alongside the Kennett and Avon canal before arriving at Pulteney Bridge in the centre of the beautiful city of Bath.

More information on walking the Palladian Way can be found by visiting
www.ldwa.org.uk/palladian-way 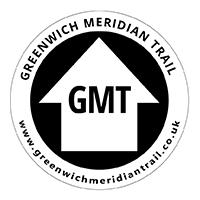 In 1884 it was agreed that the Royal Observatory at Greenwich would be zero degrees longitude for the whole of the world. In 2009, to celebrate the 125th anniversary of the Greenwich Meridan, this trail was opened. The route is unique as it closely follows the Prime Meridian as practically as possible, using public rights of way.

Starting at the splendid meridian monument in Peacehaven on the south coast, the trail leads on over the South Downs and North Downs. The trail then heads on through London – here, the route diverges from the prime median to avoid too much street-walking and to make use of the nearby woods and common parks. After, the route continues north through Hertfordshire, Cambridgeshire, and Lincolnshire. The finishing point is the Meridian Coast crossing, close to Tunstall, east of Hull.

More information on walking the Greenwich Meridian Trail can be found by visiting
www.greenwichmeridiantrail.co.uk 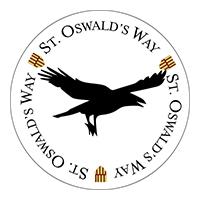 St Oswald’s Way explores some of the outstanding landscapes of Northumberland. The trail links settlements that have been associated with the seventh century King of Northumberland, St Oswald. King Oswald played a big part in bringing Christianity to the people.

Divided into six sections, you will start on the tidal Holy Island of Lindisfarne where you will find the fourteenth-century Linisfarne Castle. From here, the trail follows along the Northumberland coast down to Warkworth. You will then head inland and cross yet more beautiful countryside alongside scenic rivers and through attractive villages and farmland before arriving in Havenfield and to a section of the epic world heritage site of Hadrian’s wall.

More information on walking the St Oswald’s Way can be found by visiting
www.stoswaldsway.com 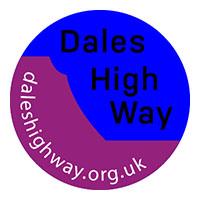 Home to great castles, abbeys, forests, and scattered remains of old industry, the Dales High Way presents a challenging yet stunningly beautiful trek across the Yorkshire Dales, a designated and deserved ‘Area of Outstanding Natural beauty’ (AONB).
With over 13,900 feet of elevation, the walk begins in Saltaire. From here, the trail leads across the mysterious Rombalds Moor to Settle. It is then onwards north, roughly parallel to the Settle and Carlisle Railway. The path then meanders alongside the River Ribble before passing over the summit of Ingleborough, one of Yorkshire’s three peaks. You will also encounter a magnificent six mile ridge walk of the Howgill Fells.

The finishing line is in Appleby-in-Westmorland. To add that extra something special to the trip, you could even make it a circular walk by taking the breath-taking train journey back to Saltaire upon finishing. Keep a look out for waymarkers with a circular blue and purple sign with the name of the trail.

More information on walking the Dales High Way can be found by visiting
www.daleshighway.co.uk 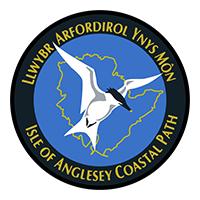 Created by the Yns Mons Ramblers, the Anglesey Coast Path follows much of the Isle of Anglesey coastline, an island rich in culture and heritage. The path falls within the area designated an Area of Outstanding Natural Beauty and passes through 20 picturesque settlements. The route thus takes in a mixture of scenery of stunning landscapes that includes farmland, unspoilt sea cliffs, dunes, salt marshes, and small areas of woodland. Certain sections also cater to cyclist and horse riders.

Due to the walk being a circular loop, the start and finish point can be found located at St Cybi’s Church in Holyhead. The route is identified by a circular waymarker featuring a gull, the outline of the island, and the name of the trail.

More information on walking the Dales High Way can be found by visiting
www.visitanglesey.co.uk/anglesey-coastal-path/ 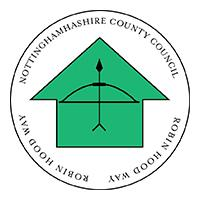 Established to commemorate the famous historic and heroic outlaw, the Robin Hood Way runs 104 miles through areas of Nottingham associated with the legendary figure.

Beginning at Nottingham’s sixteenth-century castle, the route runs through several country parks as well as several other interesting places. The route incorporates terrain such as lowland farm and heathland as well as passing by the great houses and parks of the Dukeries, including the famous Sherwood Forest.

The route is waymarked by a bow and arrow with the name of the route.

More information on walking the Dales High Way can be found by visiting
www.robinhoodway.com 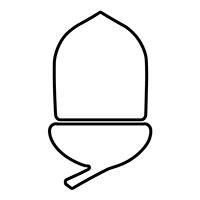 This is a very well-known trail but, for a challenge like no other, the South West Coast path at 630 miles is an absolute behemoth of a route and follows along the coast line of the South West Peninsula, taking in three different counties. The trail is as big in height as it is in length. The total height climbed amounts to 114,931 ft, nearly four times the height of Mount Everest.

The trail itself starts in Minehead, Somerset, and ends in Poole, Dorset. It has even been voted as Britain’s Best Walking Route twice in a row. The route is in fact so popular that it brings in millions a year and it is easy to see why since the path passes through some of the finest coastal landscapes in the country and through many areas that have very special statuses – both World Heritages sites and National Parks.

The route, however, is susceptible to diversions in many places due to the eroding shore line in some areas so be sure to check the website for any diversions. The trail is waymarked by an acorn.

More information on walking the South West Coast Path can be found by visiting
www.southwestcoastpath.org.uk

What are some your best long distance walks? Leave your comments below.